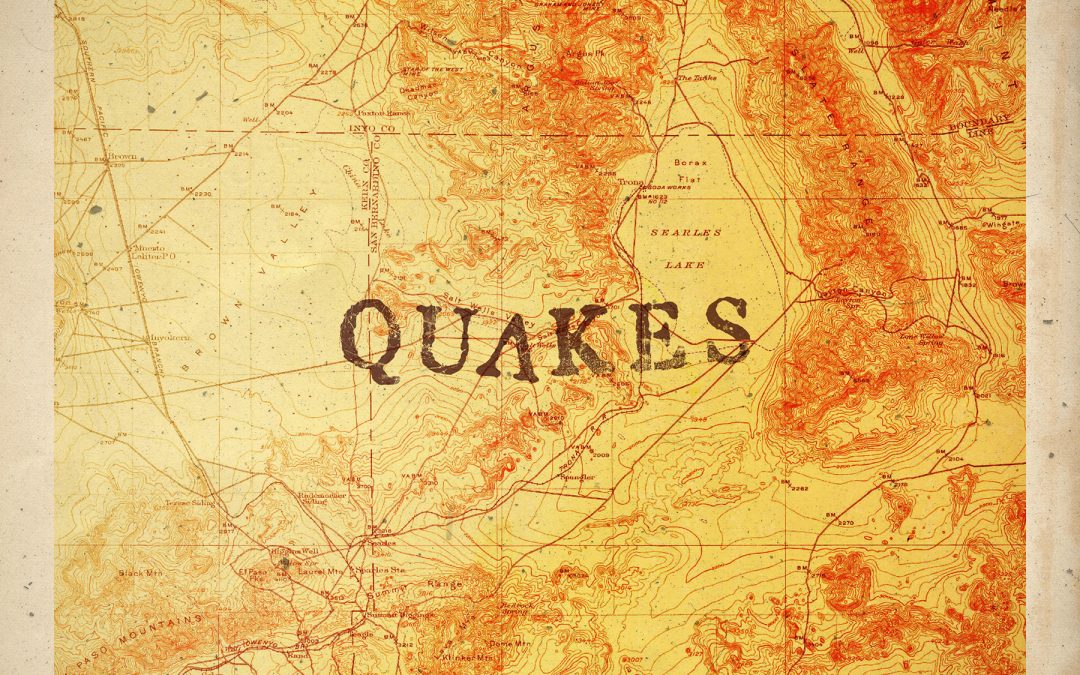 I wrote Quakes at around 3 a.m. in the oppressive heat of a desert summer. We had just experienced some violent shaking, 7.1 magnitude shaking to be exact, and the seemingly endless aftershocks gave a sense of perpetual vertigo or slight drunkenness. I had limited access to instruments at the time so I was writing music with the Garage Band app on my phone, typing in each note and writing rudimentary beats, then recording vocals at almost a whisper into the mic on a $7 pair of earbuds. That demo sounded like shit, as many demos do.

I didn’t have any serious designs for the song then, though I thought if it was ever done properly it might be the kind of jam to play while driving the Pacific Coast Highway. Now that it’s out in the world, I hope it does stow away on a roadtrip or two.

Many songwriters opt not to discuss what their songs are about, preferring to let the lyrics speak for themselves or leaving all interpretation solely to the listener’s imagination. While I do believe in that approach to an extent, I also enjoy hearing the artist’s original intention behind song lyrics. If you’re curious about Quakes, here’s an attempt at an explanation:

Without diving into an agonizing line-by-line breakdown, I can say that I didn’t write Quakes with a romantic relationship in mind. For me, the most literal, straightforward elements of the song relate to a sense of uncertainty in life and the humbling scope of the natural world. I was thinking a lot about the dangers of becoming so far removed from the earth on which we live that we forget our dependent status here. The 2019 quake reminded me that there is something powerful and decisive beneath our feet always, something that deserves respect, so I drew heavily on imagery relating to that idea.

Ultimately it’s the listener who derives meaning from the words, of course. I can discuss what I put into it, but if it reminds someone of a relationship, then yes, it’s about that.

There’s so much I can say about Quakes, the music and the lyrics, how it ties in with the other songs that make up Radio Astronomy, etc. but I’ll leave it for now.

Thanks for reading and of course, thanks so much for listening.