After having to sadly cancel Edinburgh Voodoo Rooms on Weds 28th June due to testing positive for Covid that morning, it is with great delight we can confirm a rescheduled date for Weds 20th July. 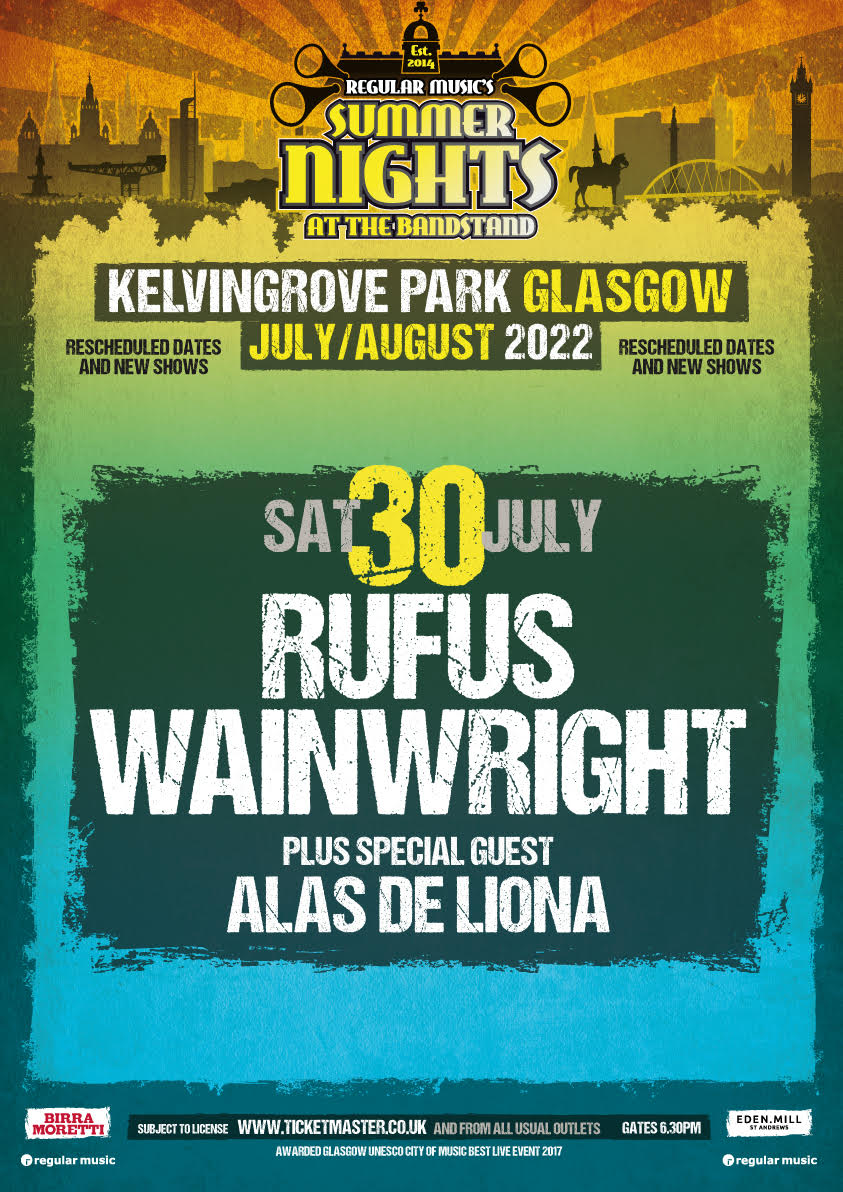 The 7 track Planetria Live Session EP recorded in January at Post Electric in Leith with Alas accompanied by Gus Harrower is now released and streaming.
Featuring -Saturnine, Promises, Planetarium, As Diamonds, Cascade, Koi, The Question.
Digital Downloads and CD at – 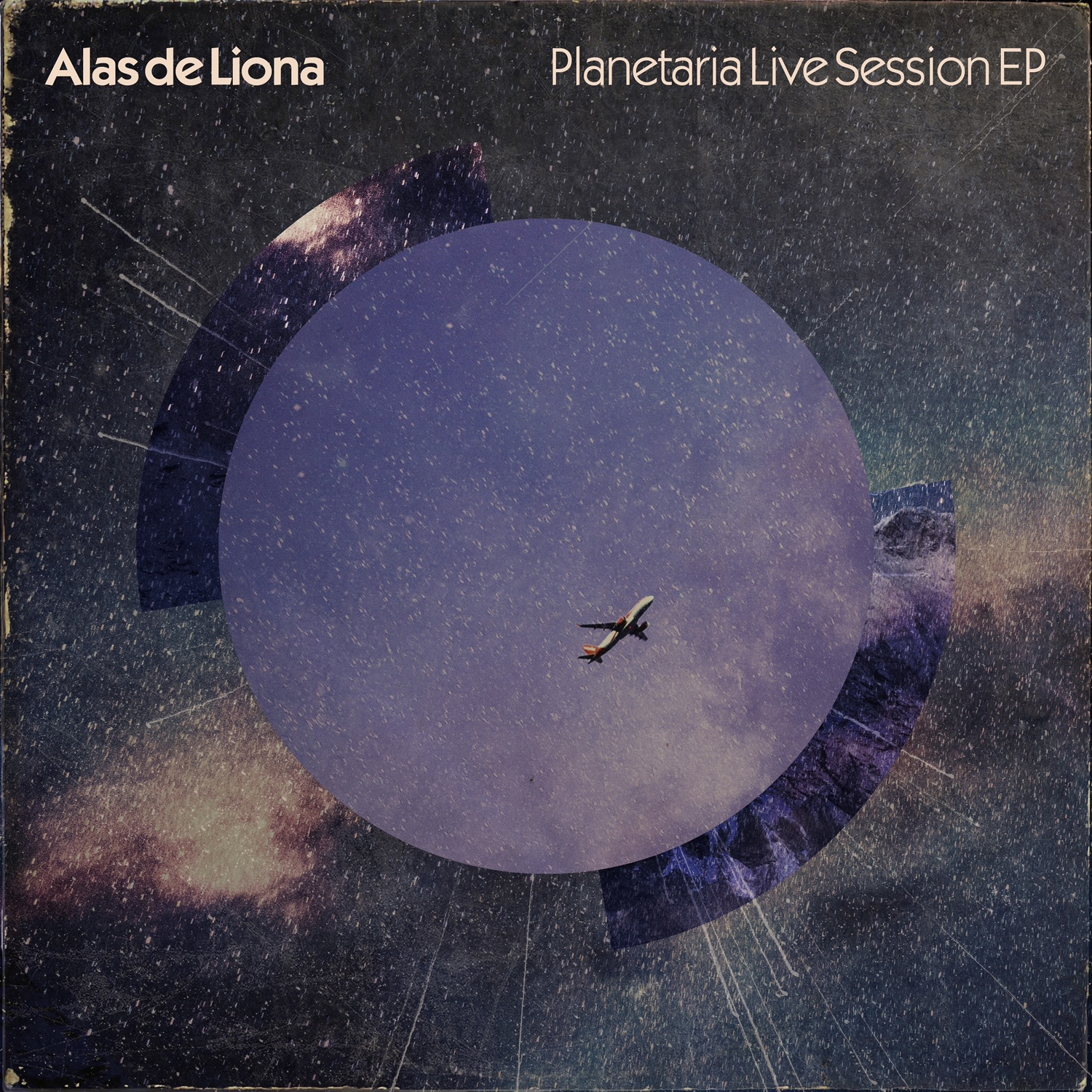 Alas will be performing as a trio for both these shows with Gus Harrower on keyboards and Andrew Turnbull on drums.

When over in January for her Celtic Connections performance Alas recorded with Gus the 7 song Planetaria Live Session EP. A new song Saturnine is released on 6th May followed by the EP on 9th June. 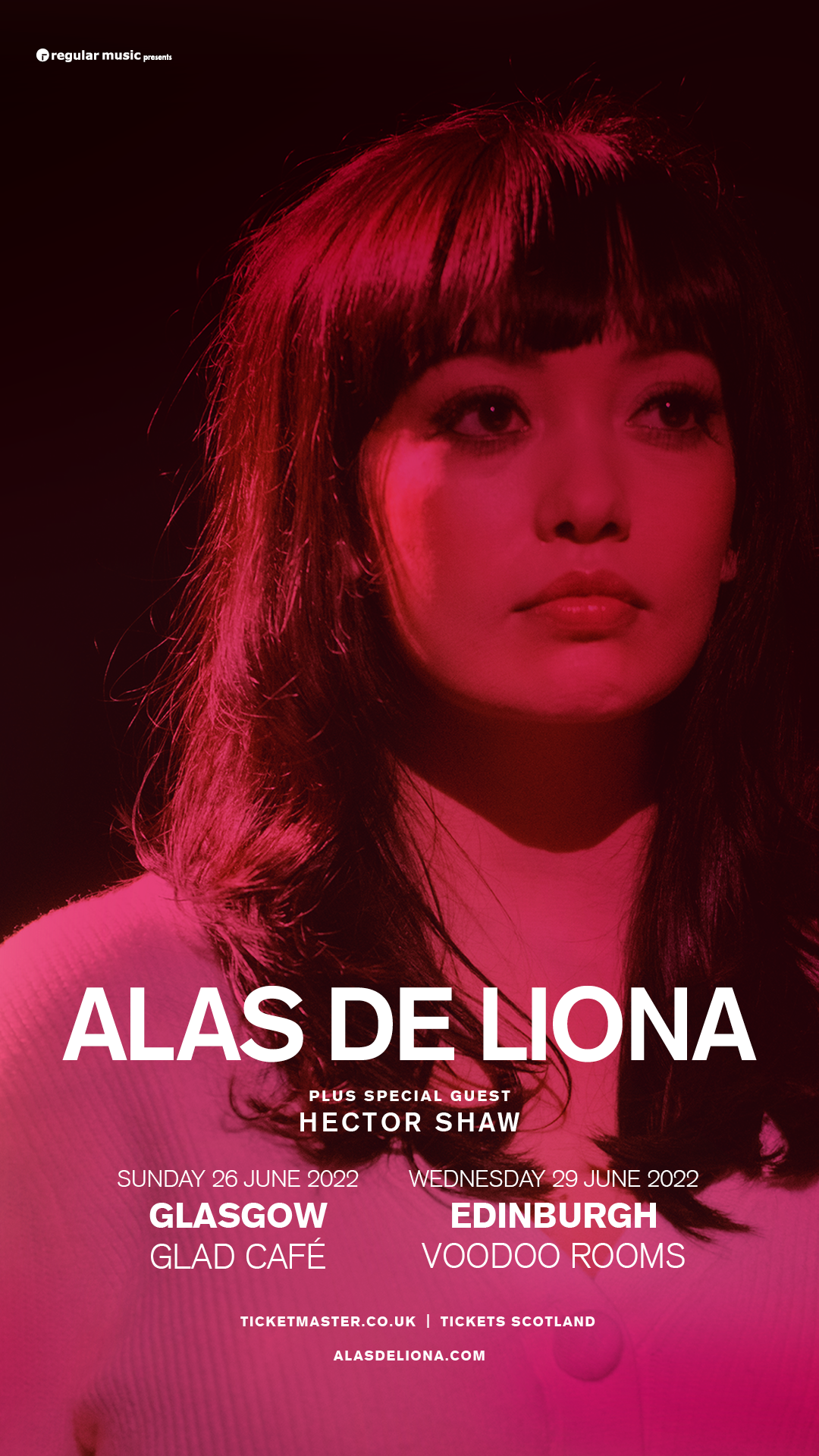 Delighted to confirm performing at the opening night of Hidden Door in The Pianodrome Amphitheatre, a 10 metre-diameter circular structure of tiered seating incorporating over 40 pianos which are past their play-by date.

Hidden Door is a volunteer-run charity that opens up forgotten urban spaces for the public to explore and discover incredible music, visual art, theatre, dance, spoken word and special events.

This year, they are bringing the old Royal High School on Calton Hill to life for a ten day festival. The building, mostly silent since the school closed in the 1960s, will be used to celebrate Scotland’s exciting new and emerging creative talent, before work begins to transform it into Scotland’s new National Centre for Music. 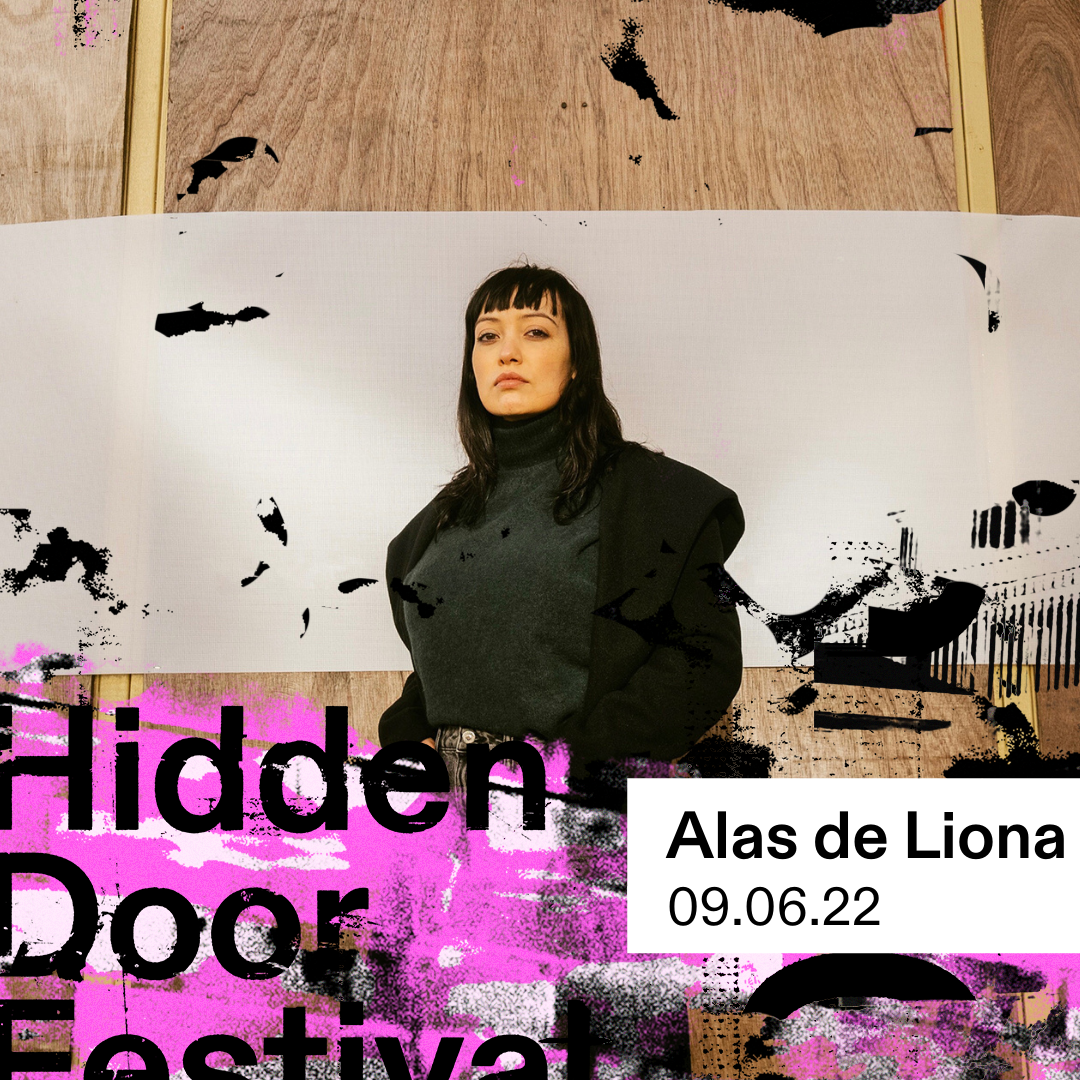 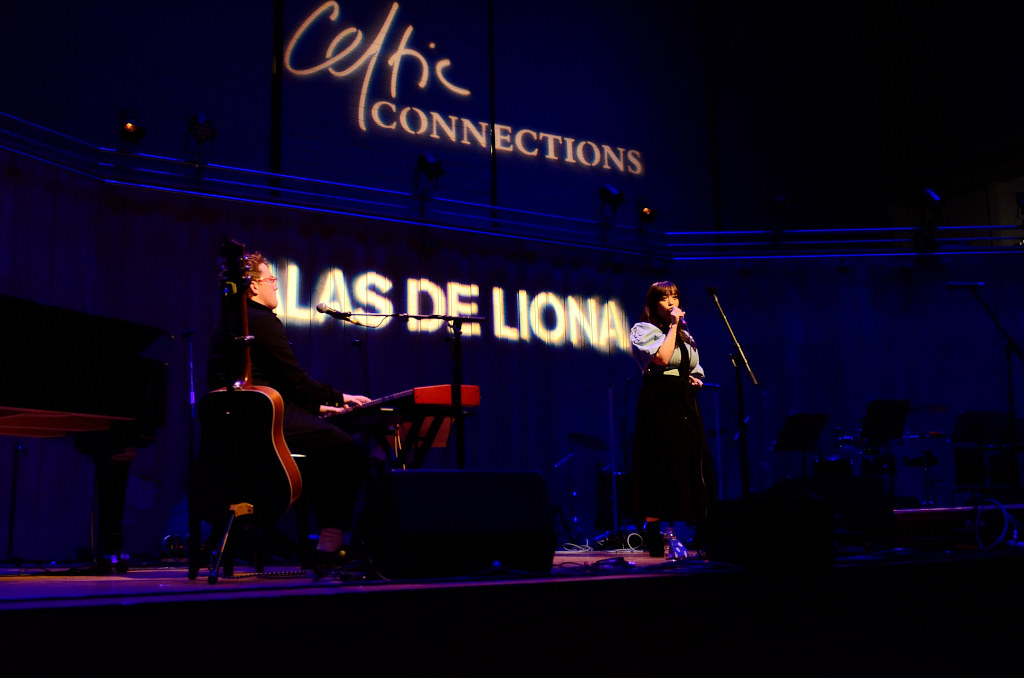 Is This Music – Celtic Connections review 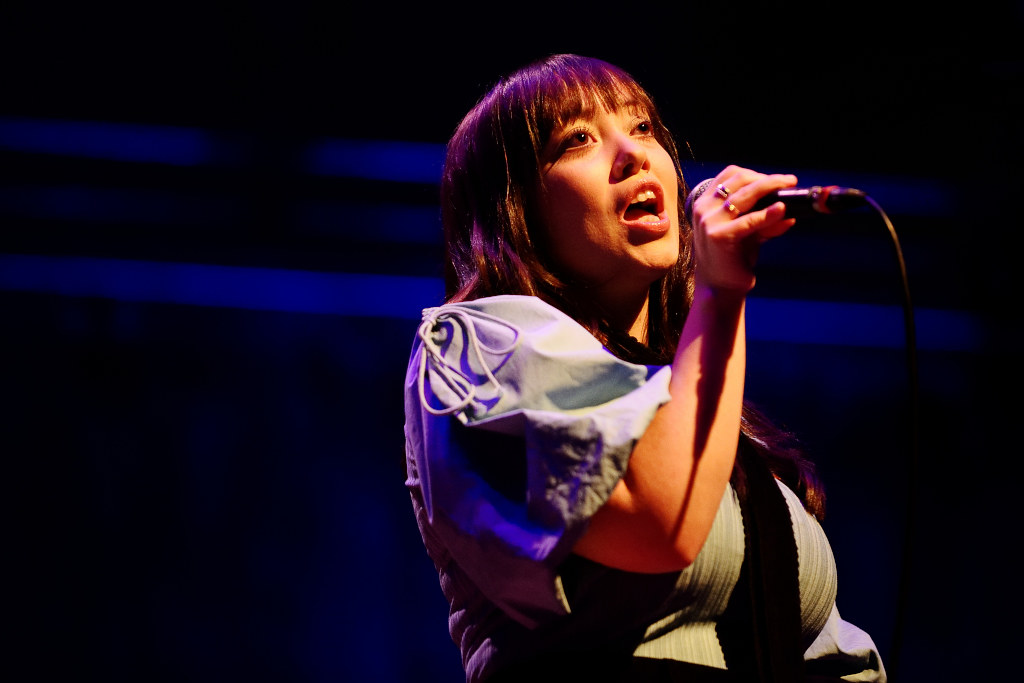 Following the cancellation of her original show with Allison Russell due to the pandemic, Alas is now delighted to be opening for Tinderbox Collective & Kathryn Joseph. 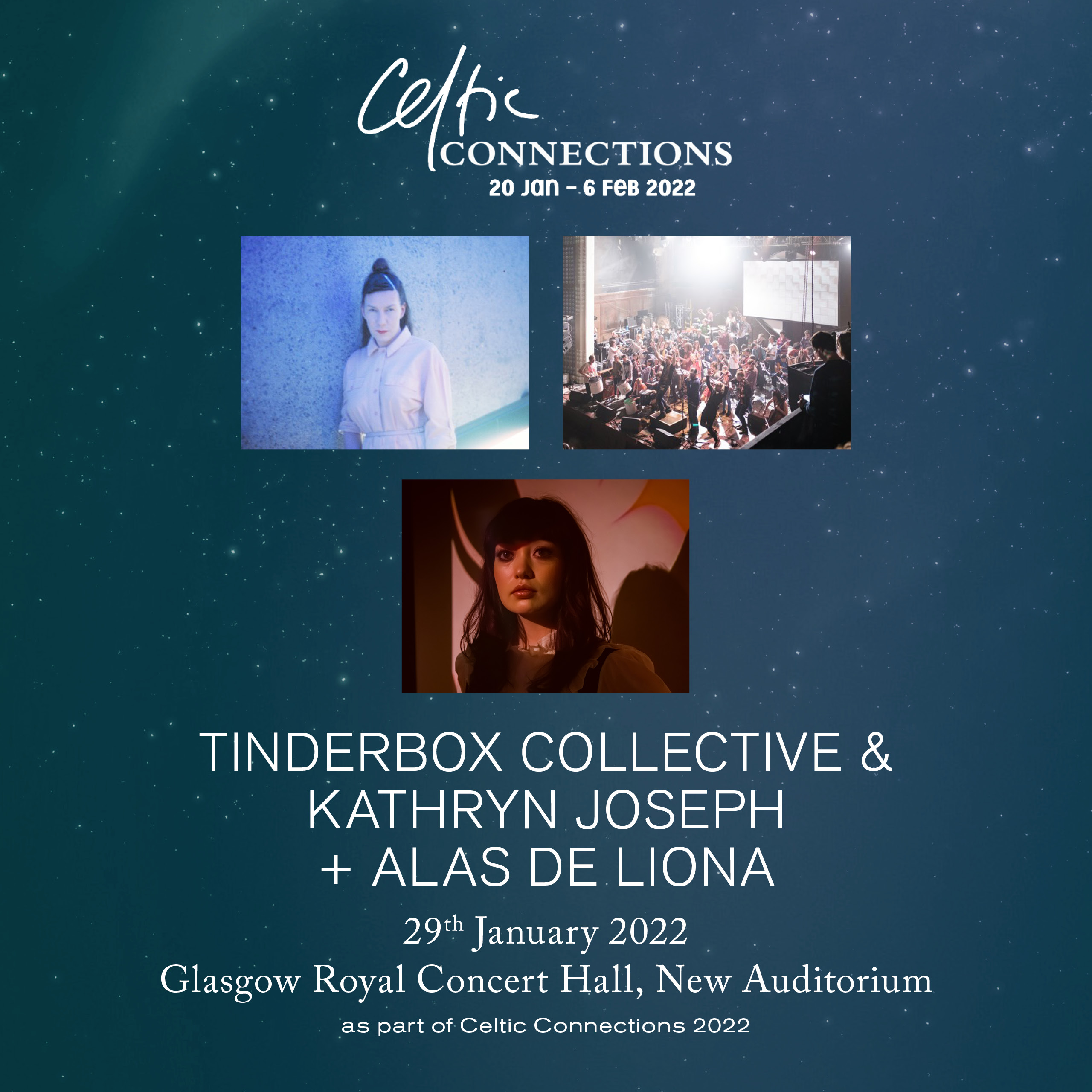 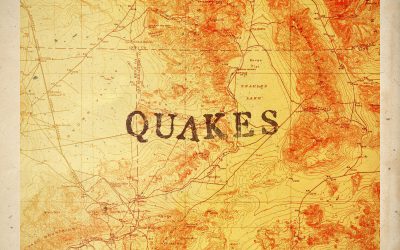 I wrote Quakes at around 3 a.m. in the oppressive heat of a desert summer. We had just experienced some violent shaking, 7.1 magnitude shaking to be exact, and the seemingly endless aftershocks gave a sense of perpetual vertigo or slight drunkenness. I had limited... 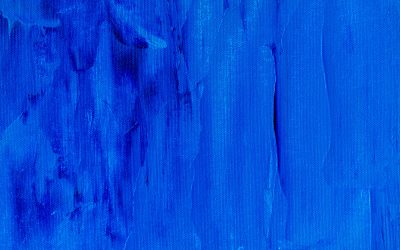 Hi friends and welcome to my little slice of the internet

As we all know, 2020 was an exhausting year. Somehow, in all this chaos, we were able to record my new EP-- a collection of what we’ve come to think of as space lullabies and cosmic folktales. It’s called Radio Astronomy and I can’t wait for you all to hear it. I’m so... 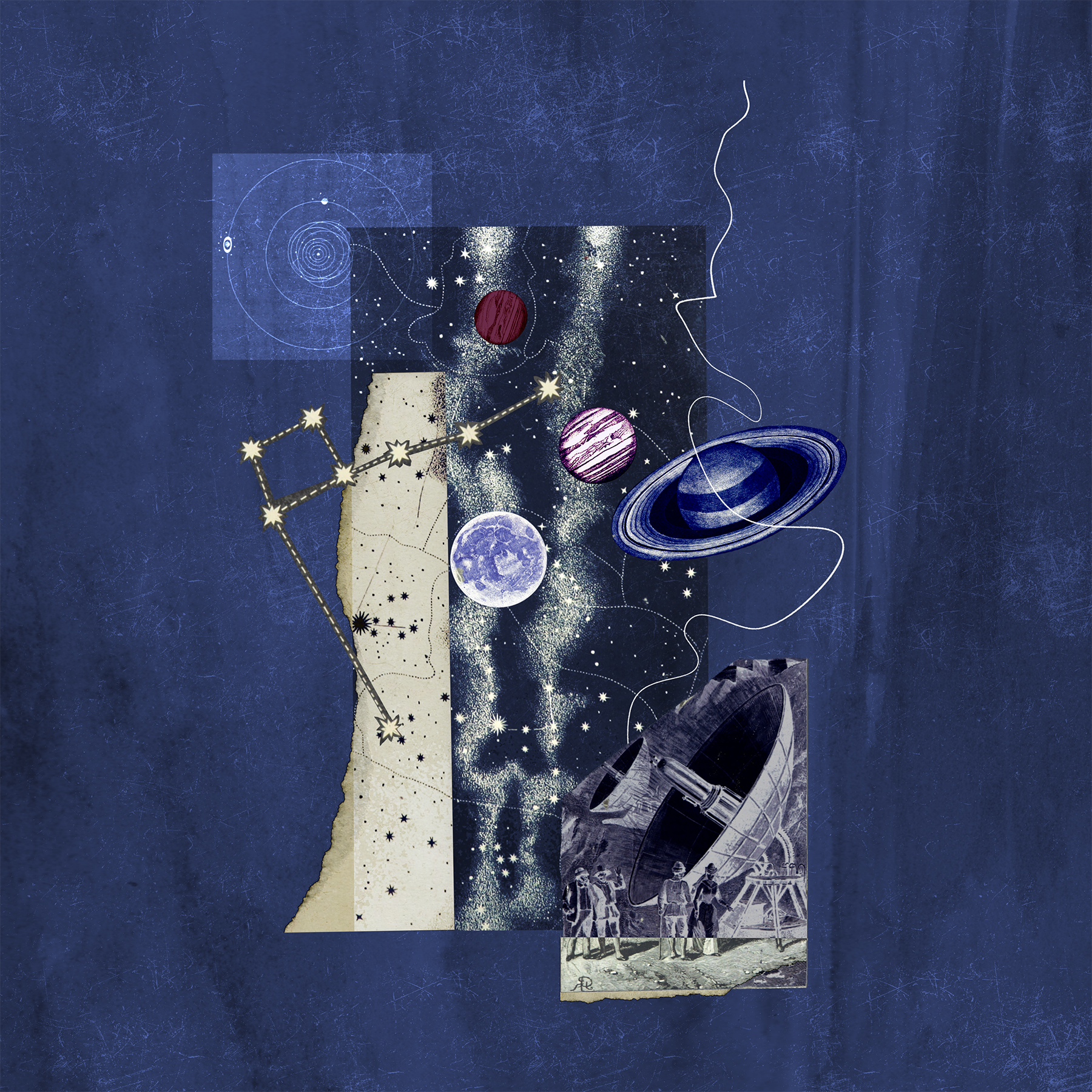 Lightning and Fire is Alas de Liona’s debut album, crowdfunded and released to a small but loyal following in 2017.

It features eleven of de Liona’s original songs recorded and produced by Bobby Steele in a home studio in the Mojave desert.

Alas de Liona’s upcoming EP, Radio Astronomy, marks a transition away from Lightning and Fire’s elements of moody Americana. It is a mellow, spacey indie-pop venture, recorded in Edinburgh at Post Electric Studio and Produced by Rod Jones. 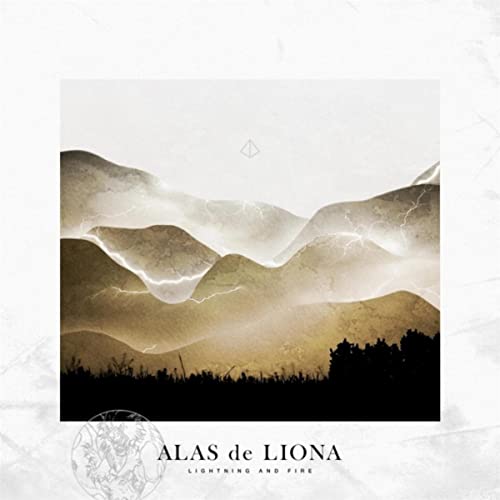 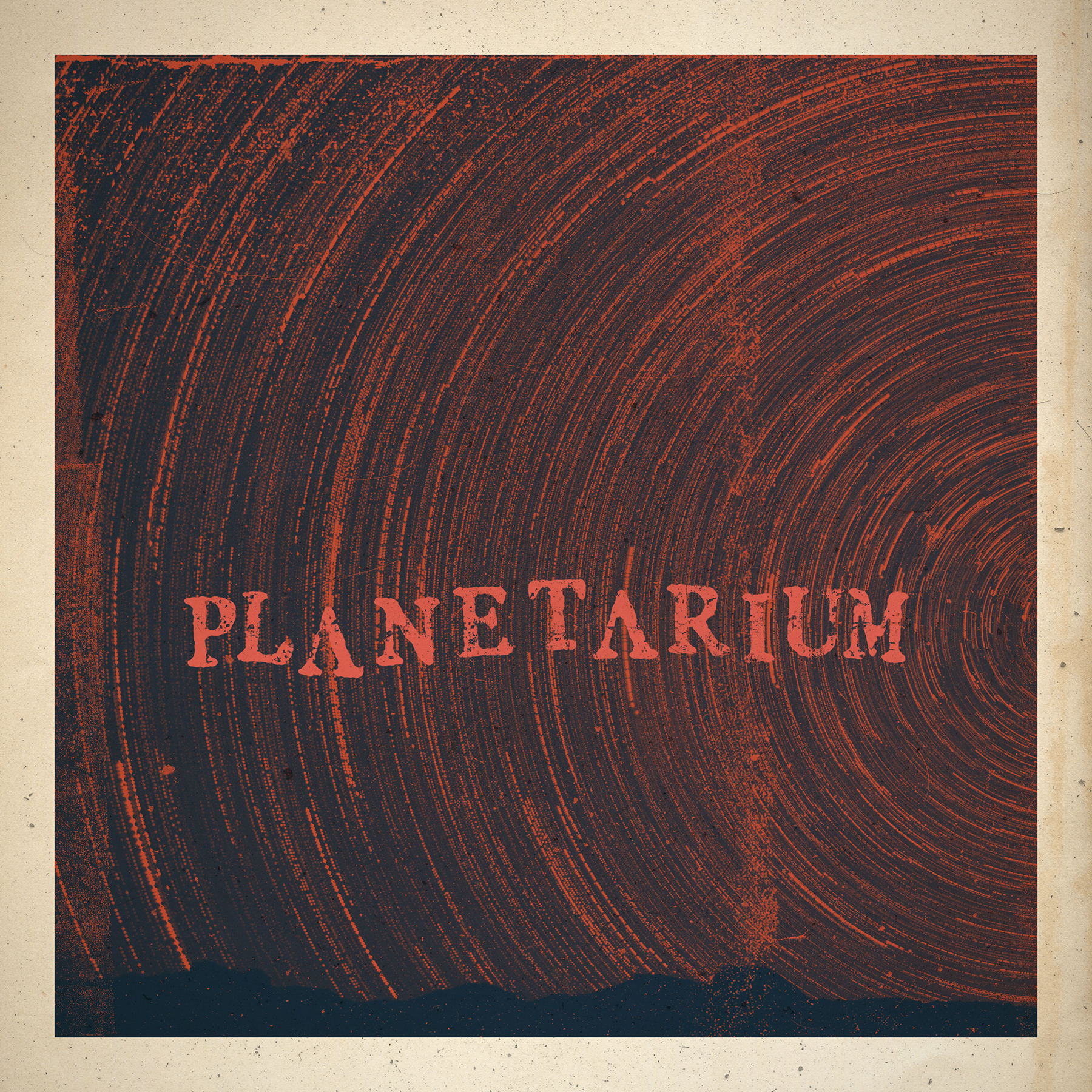 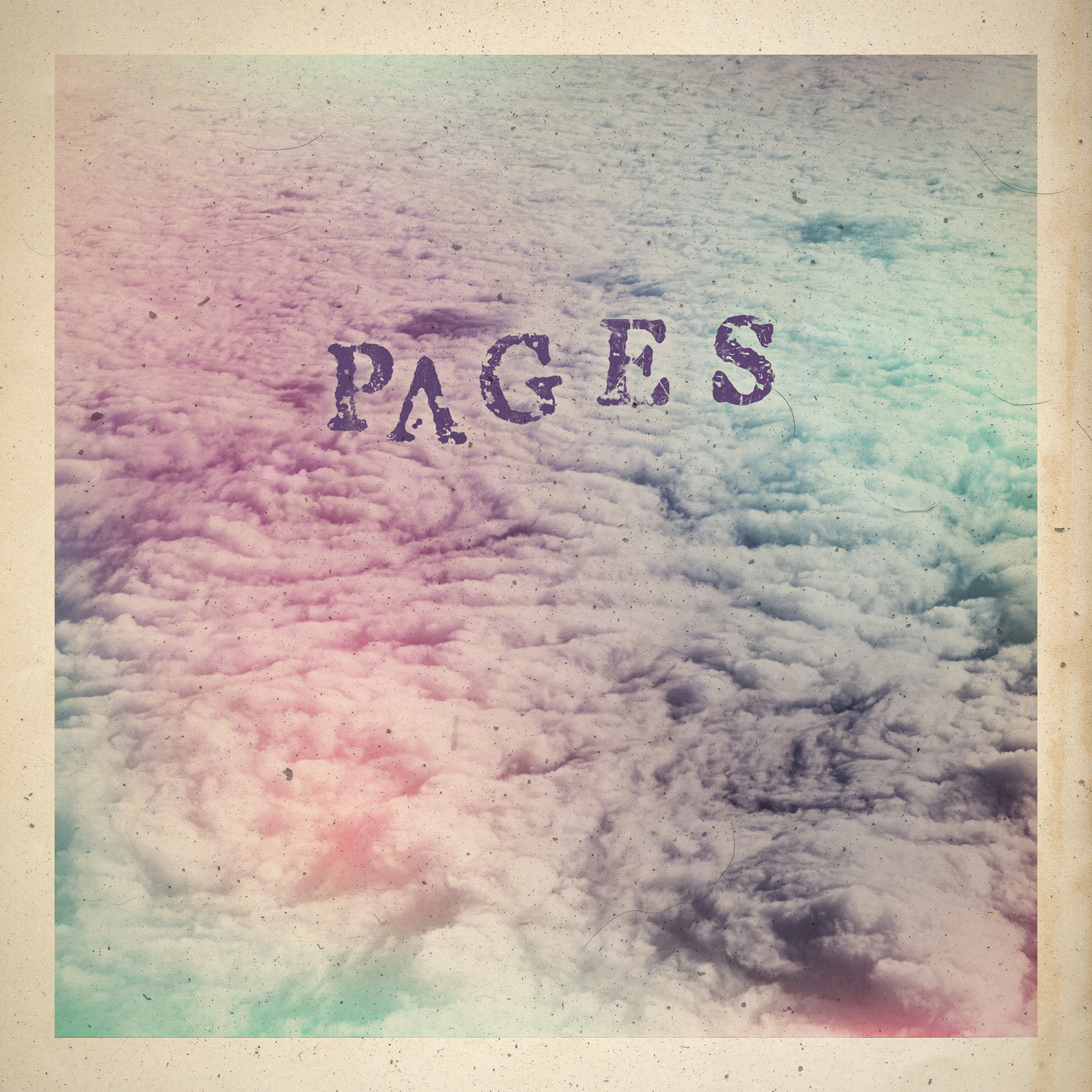 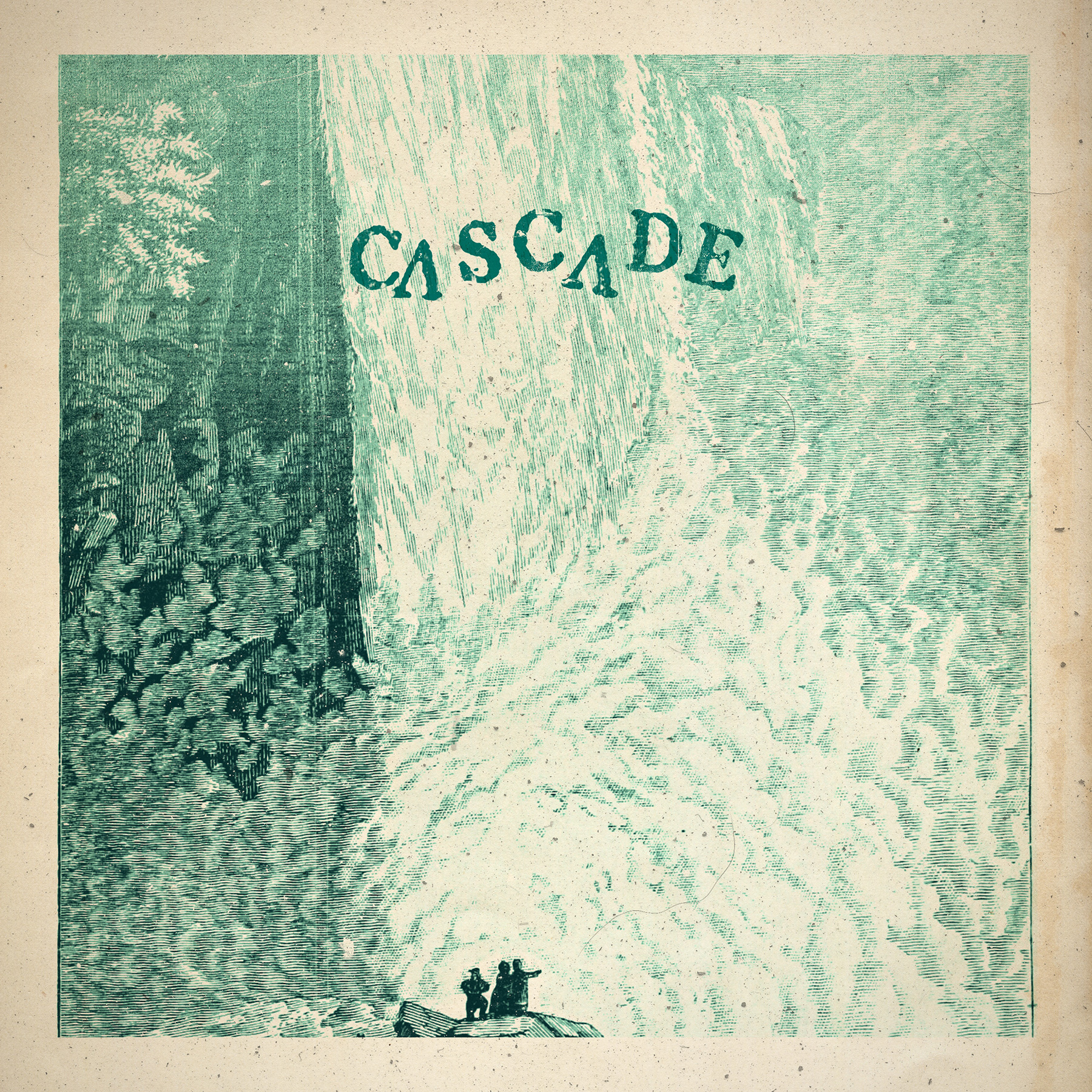 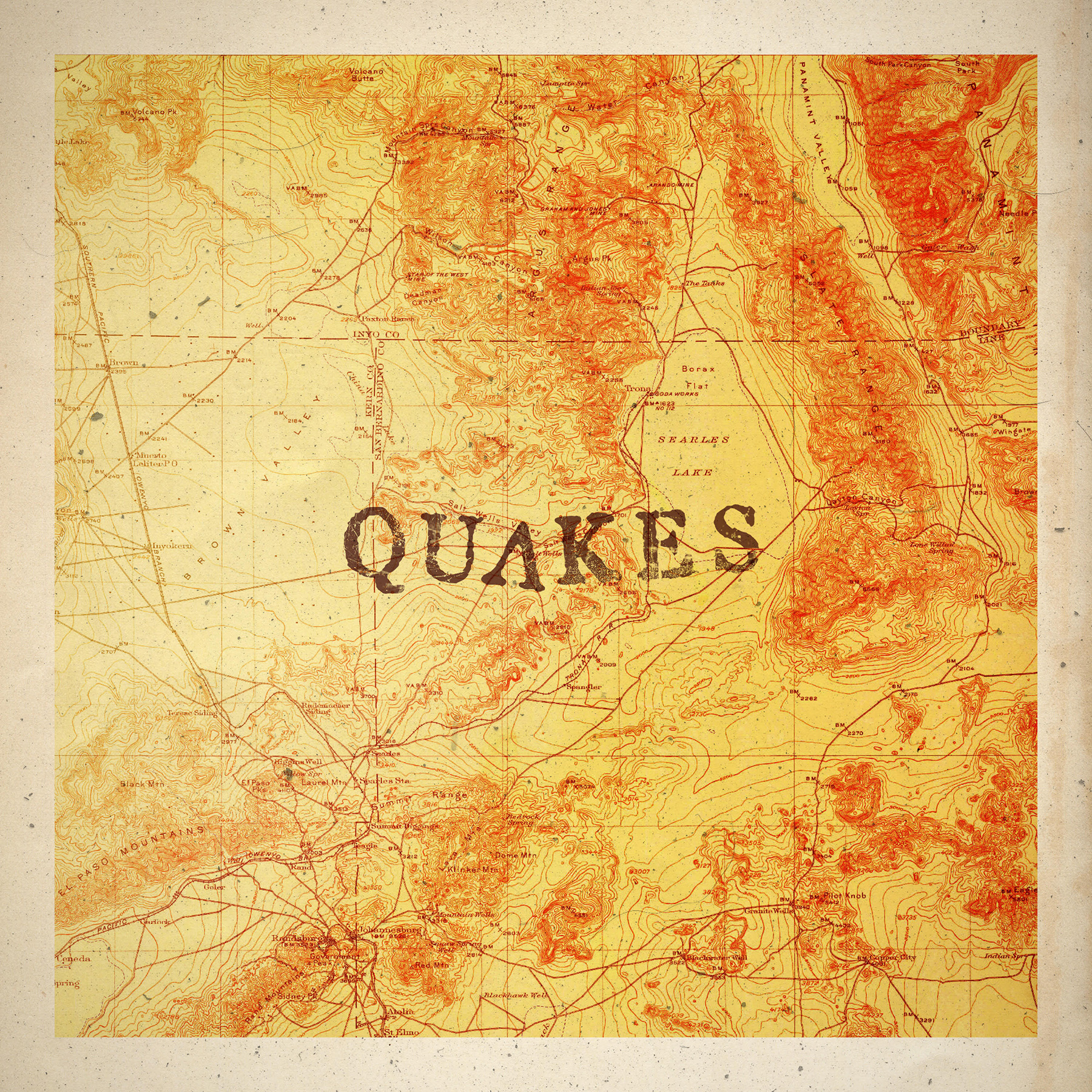 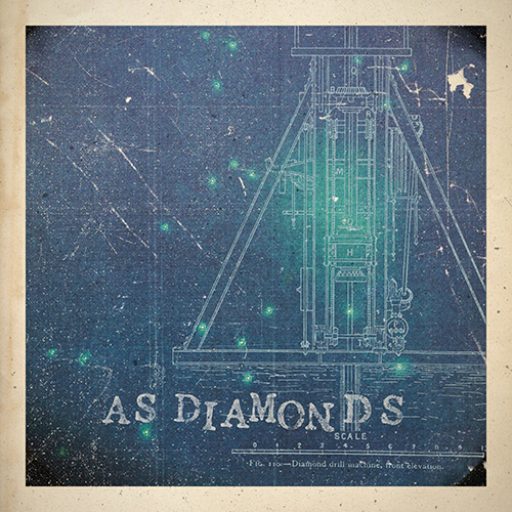 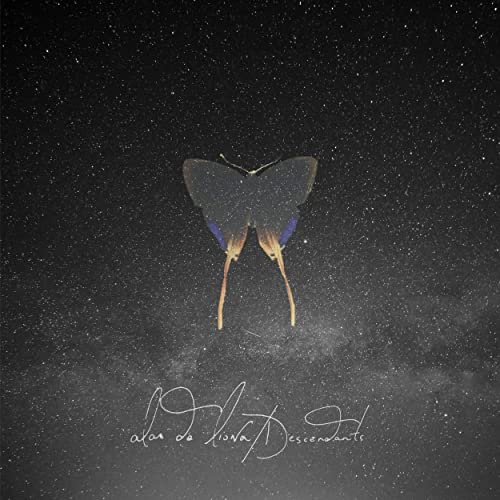 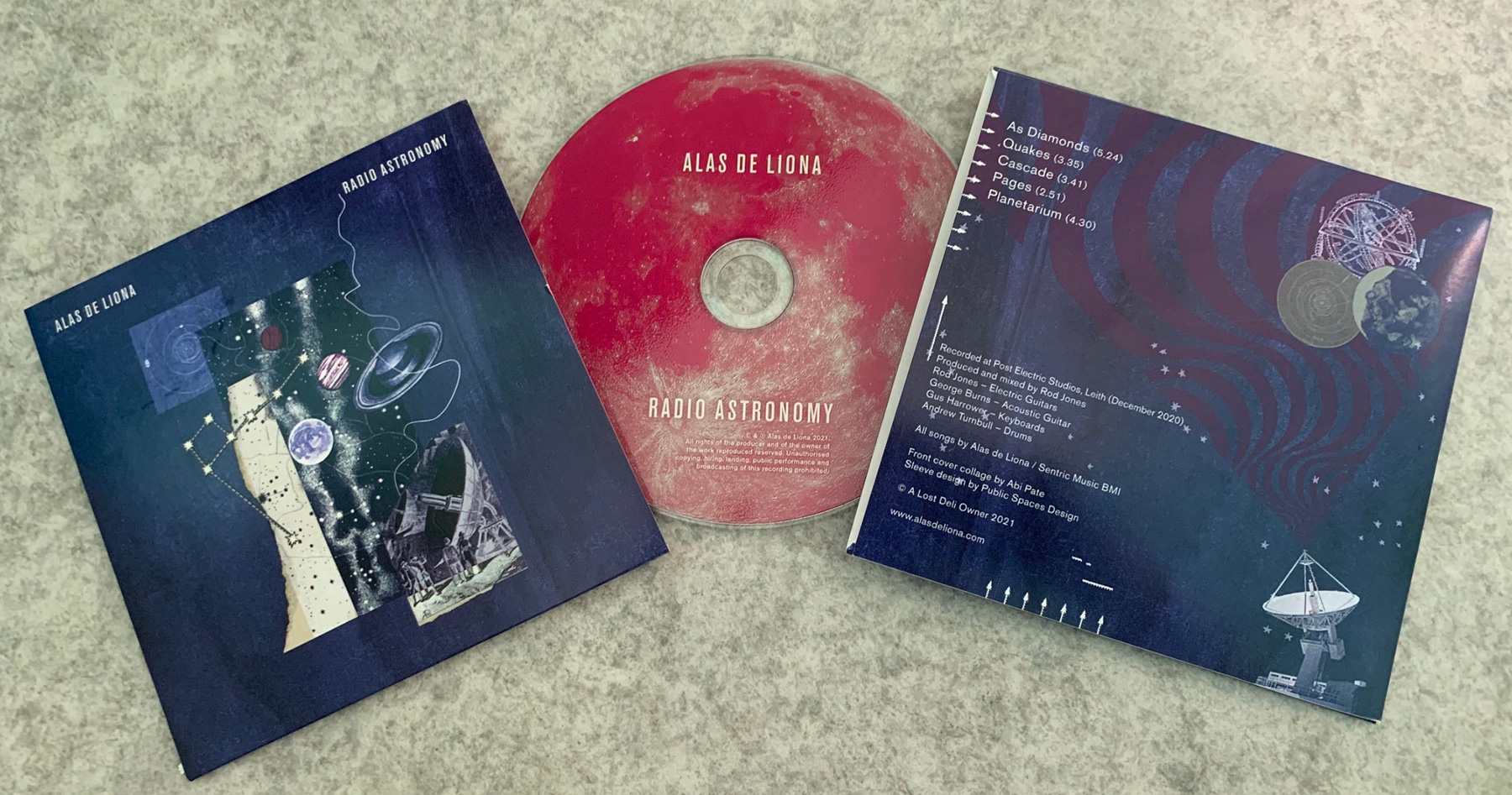 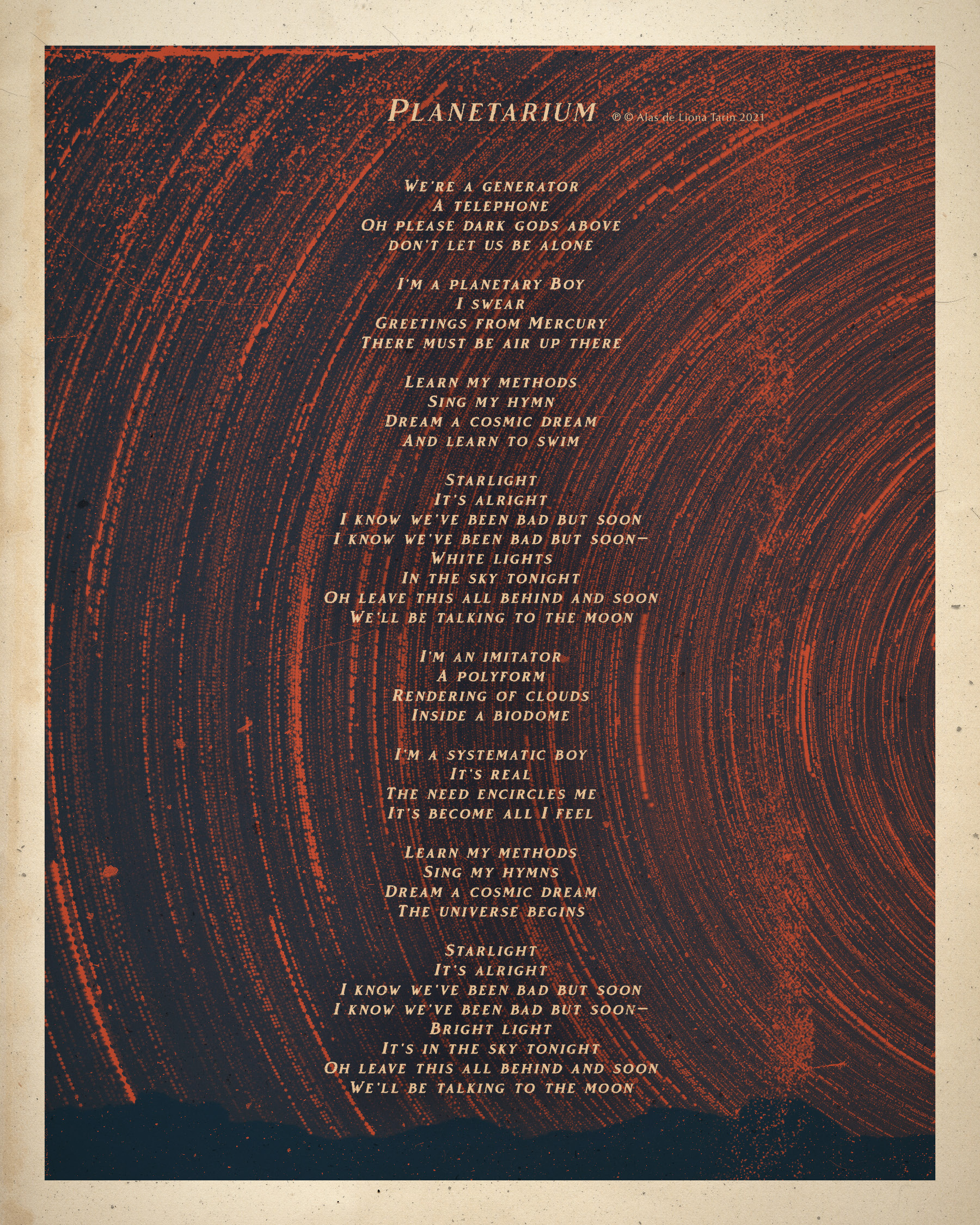 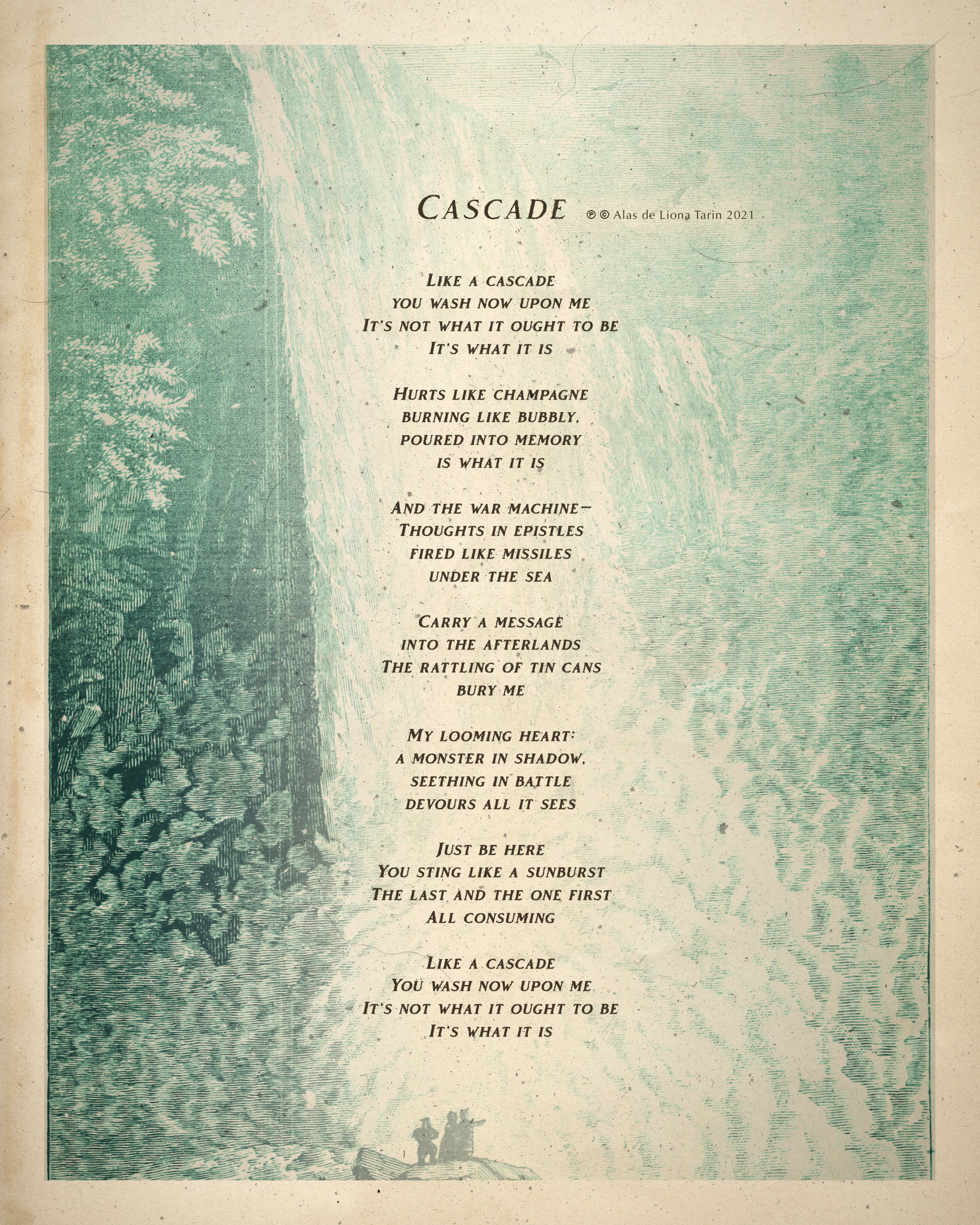 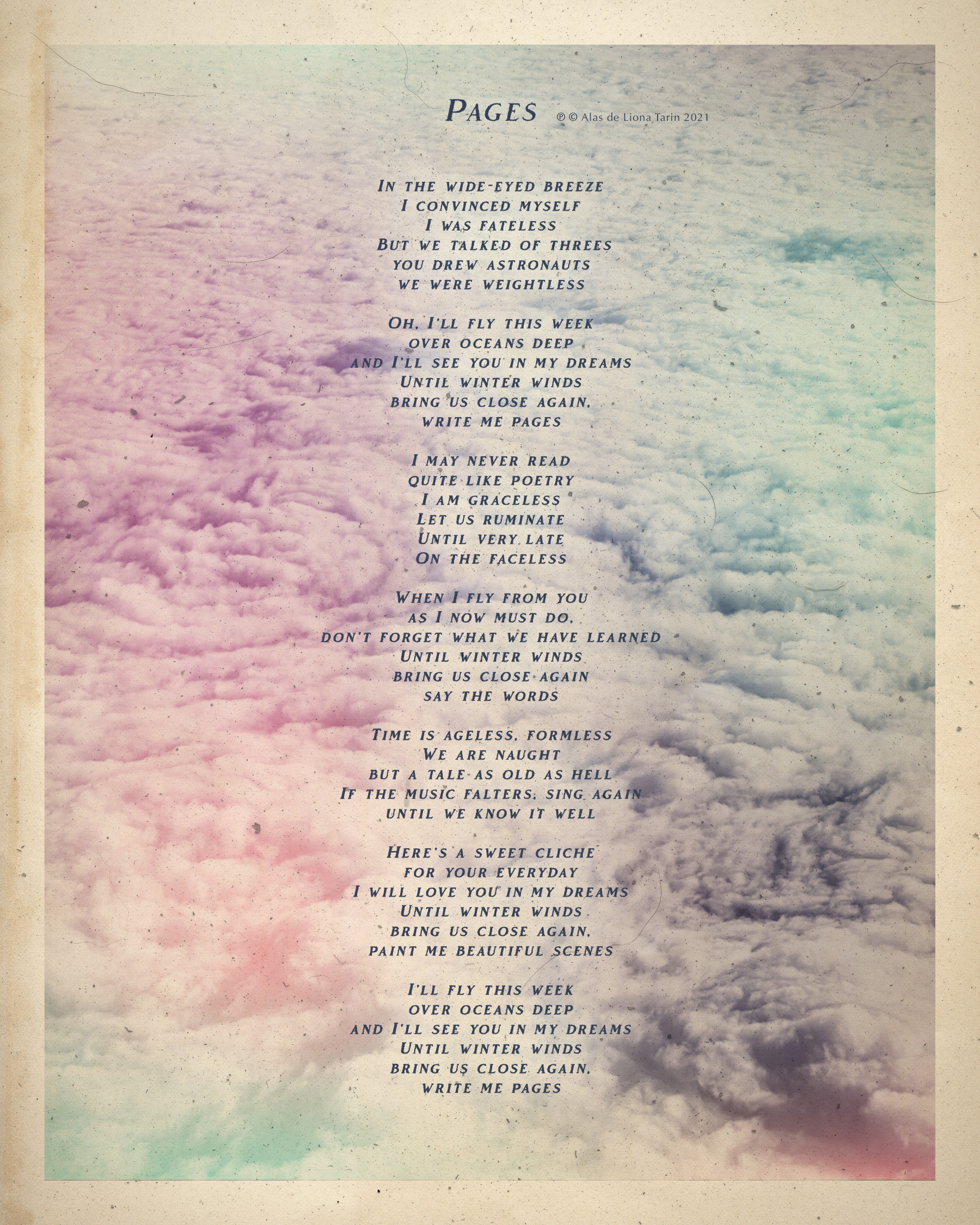 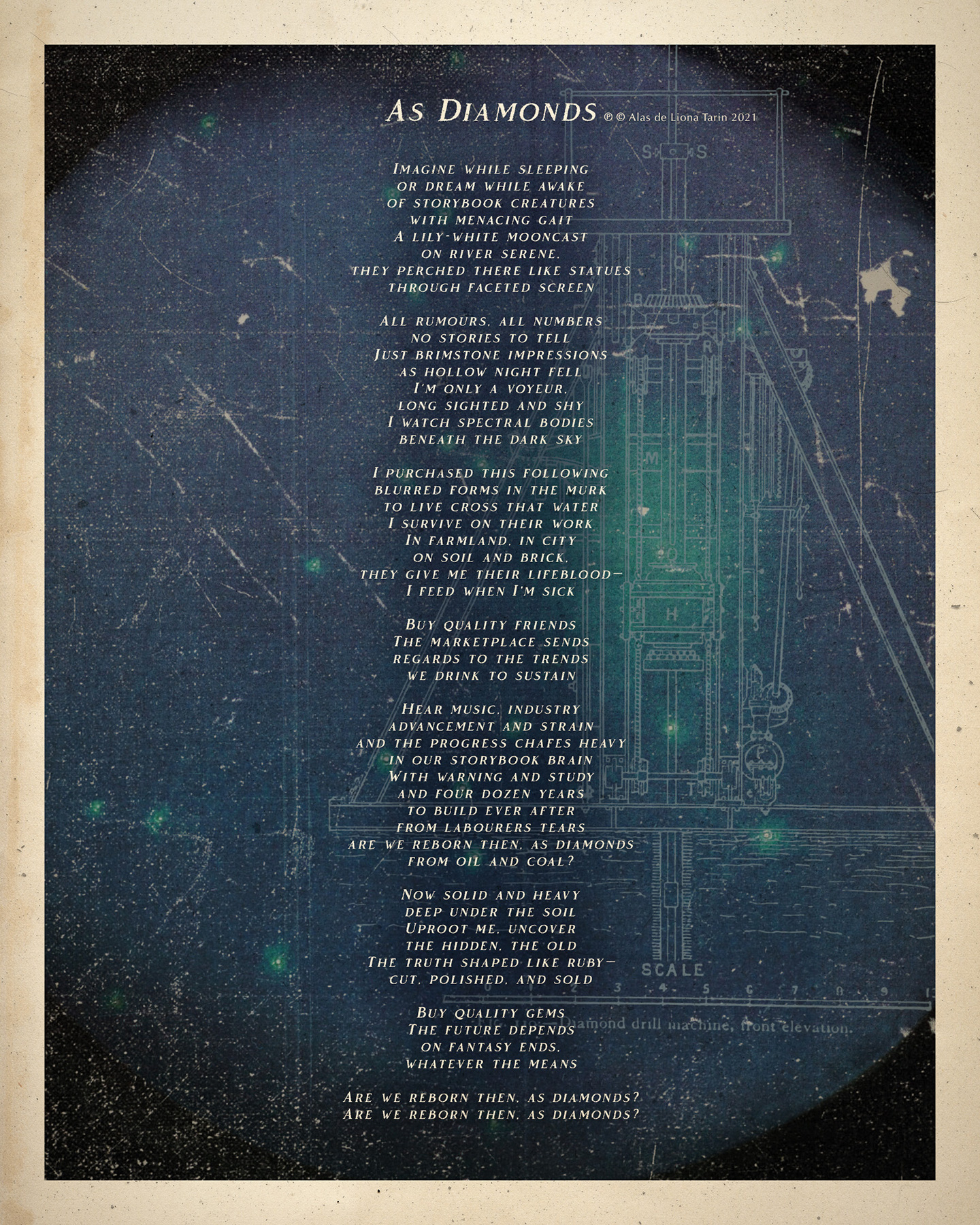 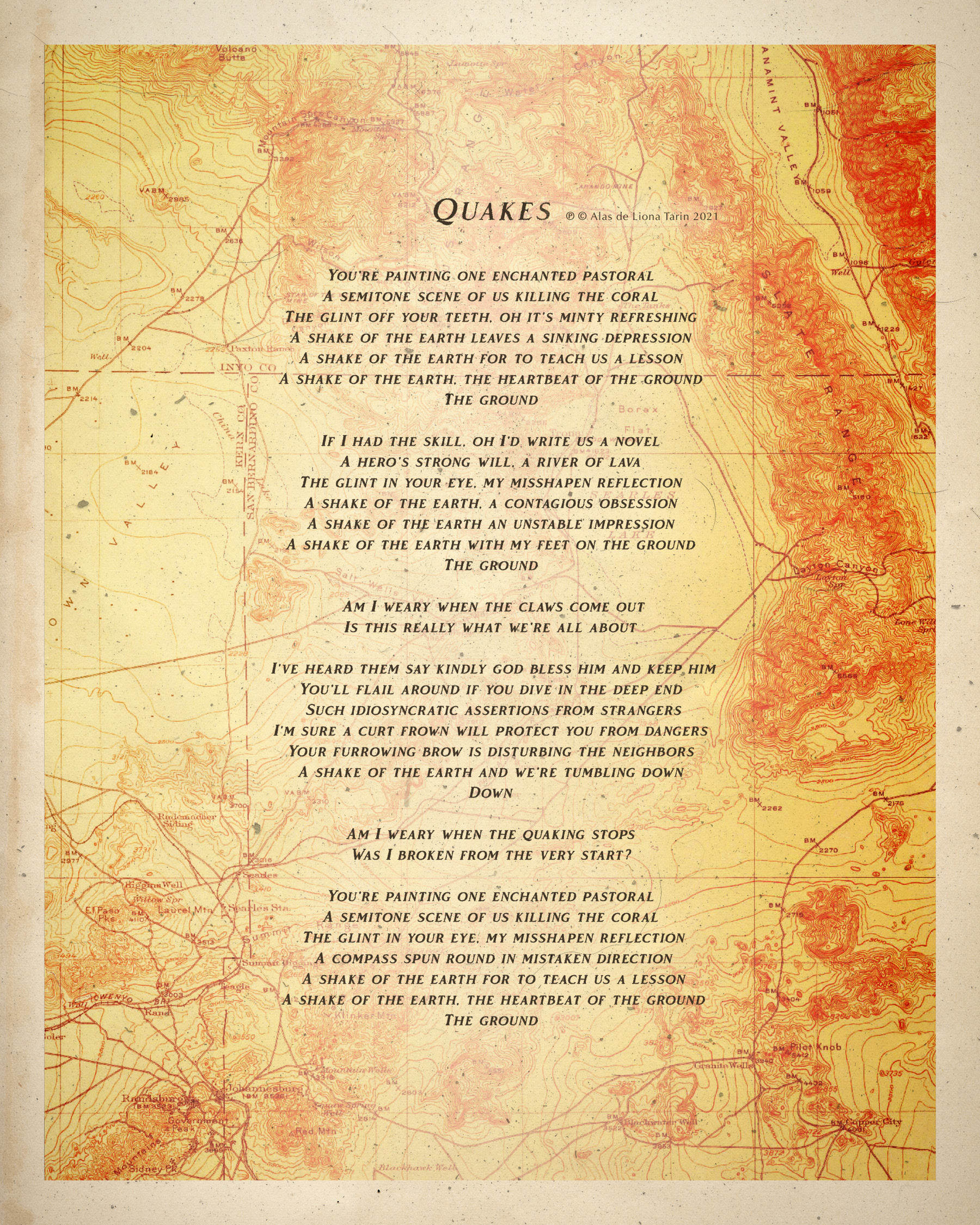 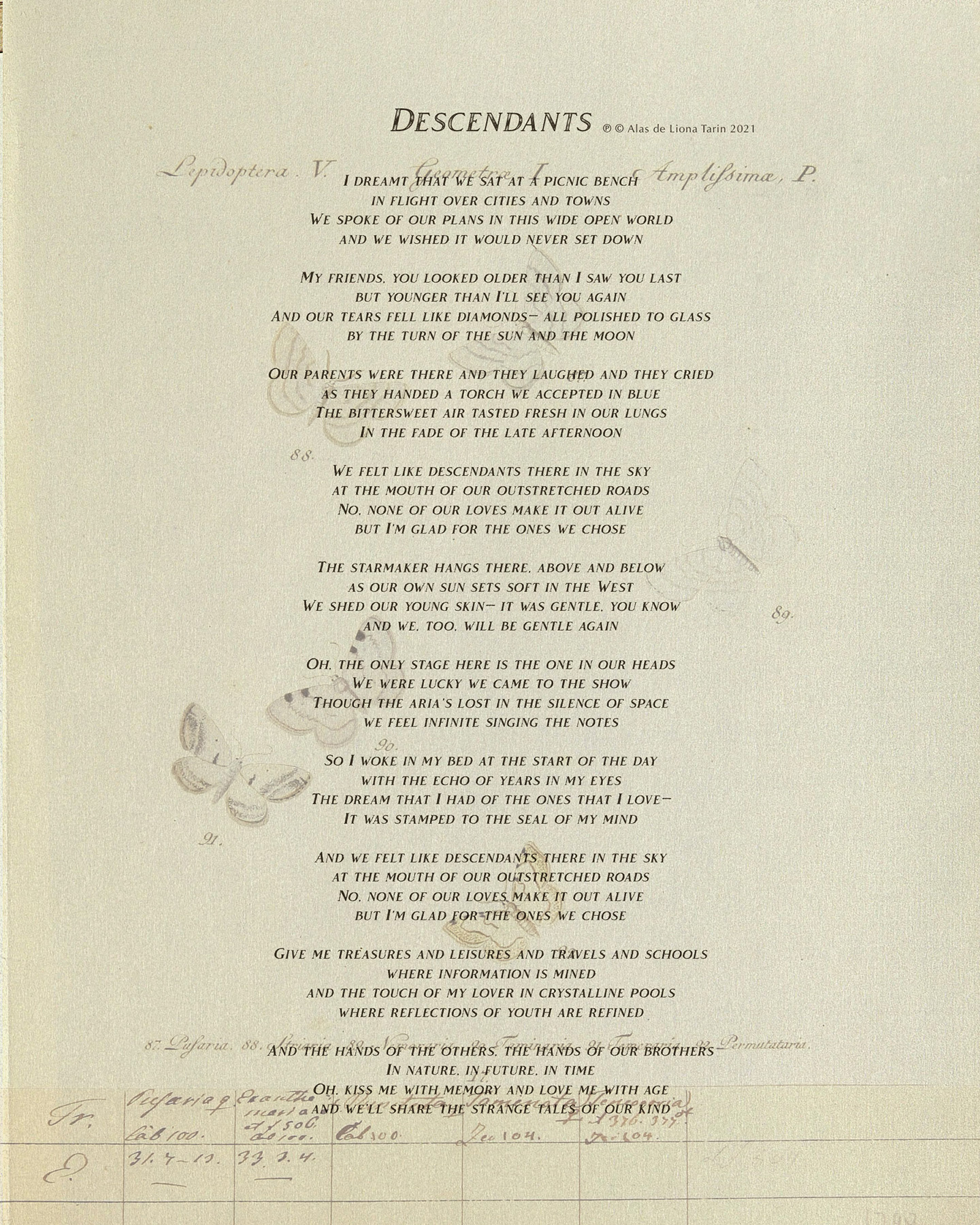 Alas de Liona hails from a small town in the Mojave Desert. With a dreamlike song writing sensibility, she weaves unique lyrical and melodic experiences.

During her stay in the city, she began to make a name for herself performing in pubs. Covid-19 lockdowns and the complete halt of all live music forced a shift in focus from live performing to writing and recording new music.

After graduation and free from the demands of academia, Alas took her first steps toward fulfilling her musical aspirations, returning to Edinburgh late in 2020 to record the Radio Astronomy EP, a collection of space lullabies and cosmic folktales with producer Rod Jones at Post Electric, Leith and subsequently released in summer 2022.

The EP was championed by BBC Radio Scotland’s Roddy Hart, BBC Introducing with Phoebe I-H & Shereen Cutkelvin, Billy Sloan Amazing Radio, Scotland on Sunday Artist of the Week, YMX, Indie Music Center and was picked up by a diverse range of over 200 Spotify Playlists.

Five distinct music videos for the EP were created in adherence to various strict limitations and the multitude of unfamiliar creative avenues Alas negotiated highlight her inventive talents.

Having been back in California, during the second half of last year, Alas returned for her Celtic Connections debut on January 29th at Glasgow’s Royal Concert Hall, New Auditorium. Following the cancellation of her original show with Allison Russell due to the pandemic, Alas joined a bill with Tinderbox Collective & Kathryn Joseph. Performing stripped down from her dreampop, soundscape studio sound as a duo with keyboardist Gus Harrower, Alas enjoyed a brilliant reaction from a sell-out crowd.

Alas is back in Scotland for summer live shows, firstly performing on 9th June at the opening night of Edinburgh’s Hidden Door Festival, in the Pianodrome installation at the Old Royal High School.

Then her first ever headline shows with Regular Music presenting Alas as a trio (joined by Andrew Turnbull on drums) on Sunday 26th June at Glasgow Glad Café and Wednesday 29th at Edinburgh Voodoo Rooms.

Alas will be joined by special guest Hector Shaw, who has drawn favourable comparisons to the likes of John Martyn, combining captivating, warm vocals with intricate guitar work that features a rich palette of chordal colours.

January also saw Alas and Gus recording at Post Electric in Leith and a new song Saturnine is released on 6th May followed by the 7 track Planetaria Live Session EP on 9th June.

OUT OF THE BEDROOM REVIEW Live at Woodland Creatures, Edinburgh
28th November 2019

Alas de Liona: ‘Make Believe Yourself To Me’ – bam! Straight into the song, no intro – and on her debut too! Picked beautifully and a voice that shone wonderfully. A dense, poetic lyric with a powerful riff underpinning. Powerful music: “confess all your guilt to me”. ‘Two Minutes To Midnight’ – a more uptempo number, strummed, this was again quite heavy and dense. The voice was pure, with an edge and much variation. Amazing. ‘Take Me’ – her fierce intelligence came through again on this one. This was one of the best and most professional debuts of anyone at Out of the Bedroom on this year, or any other year. Clearly Alas had done this before and we need to hear her back at OOTB again very soon. 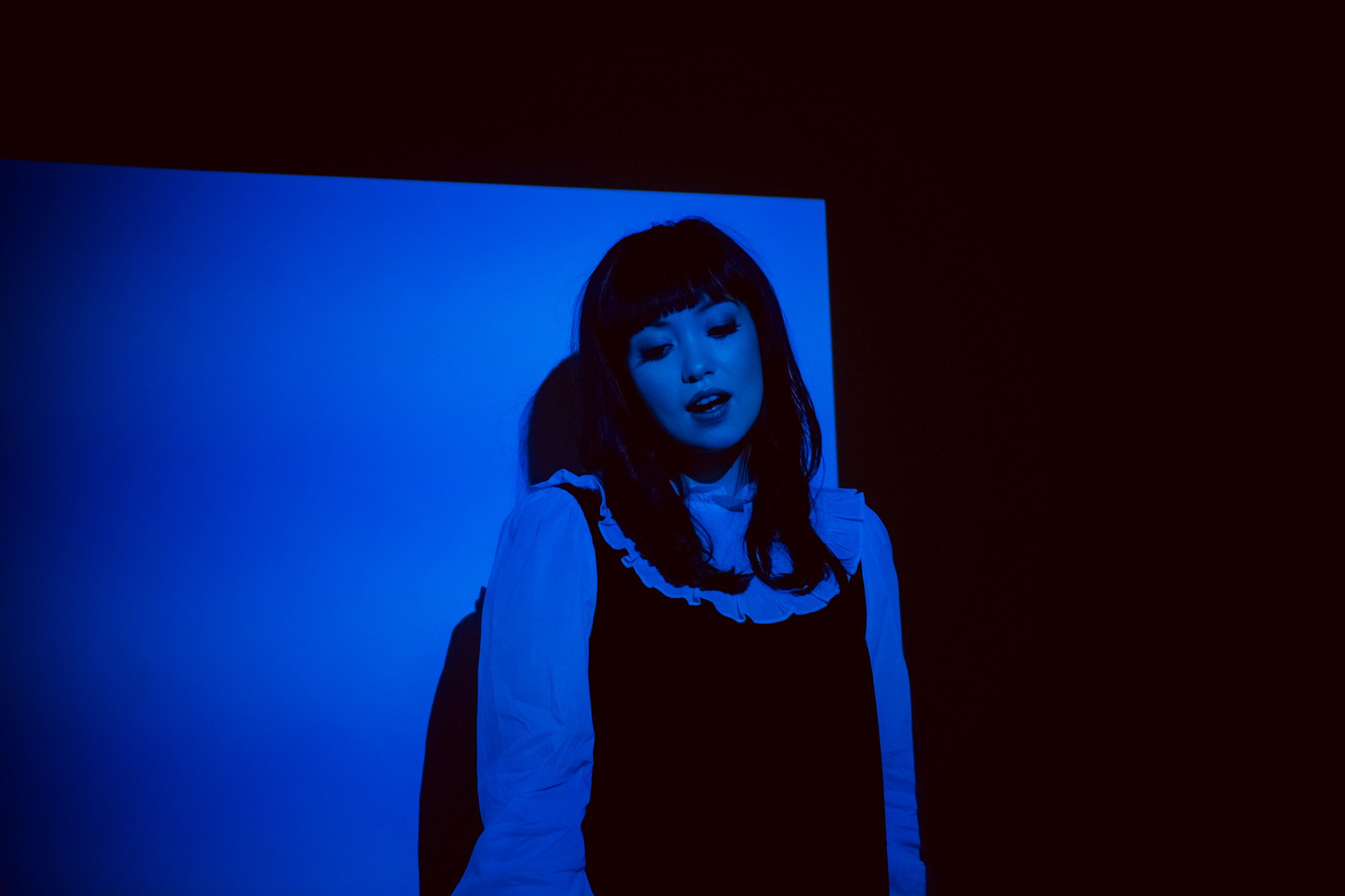 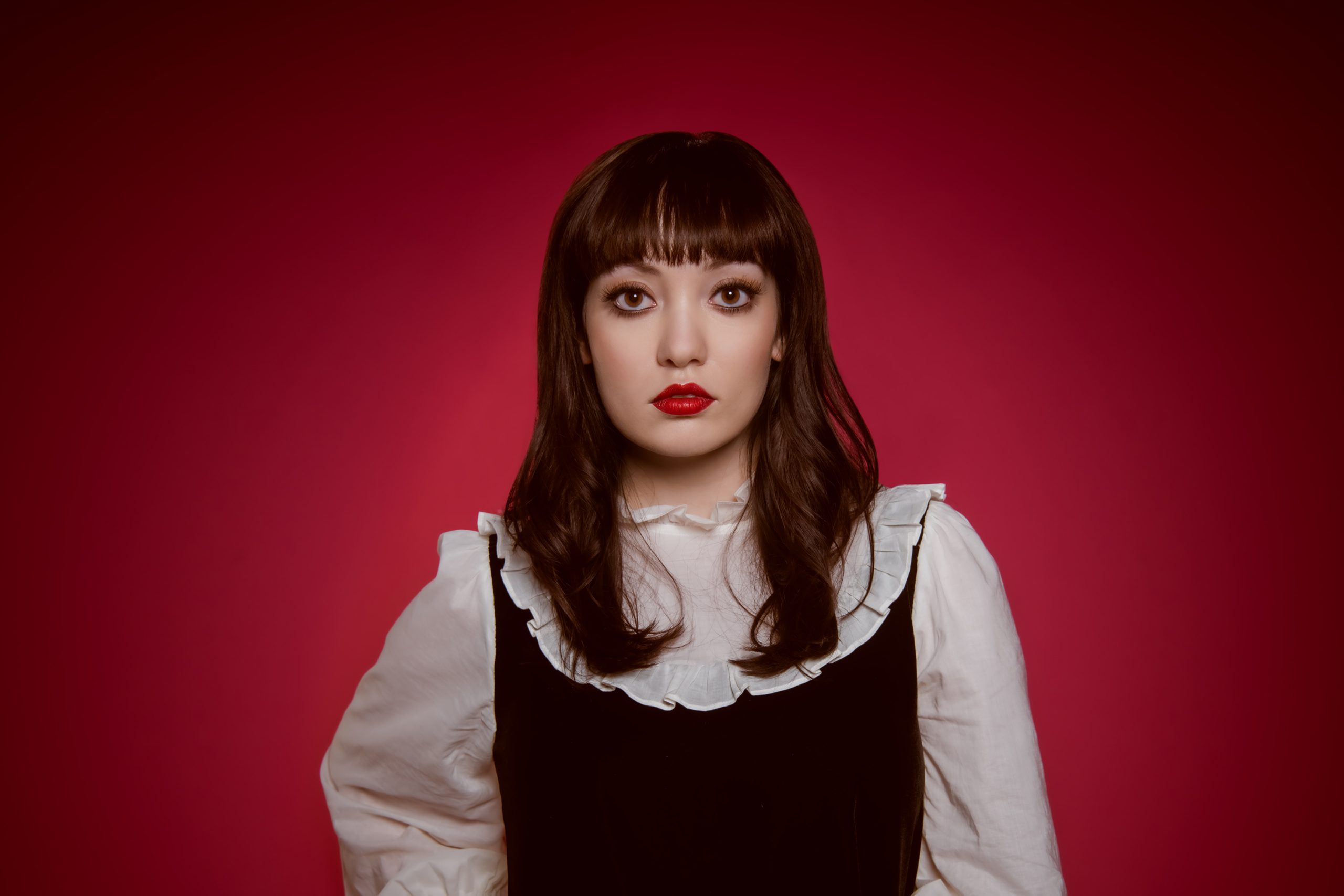 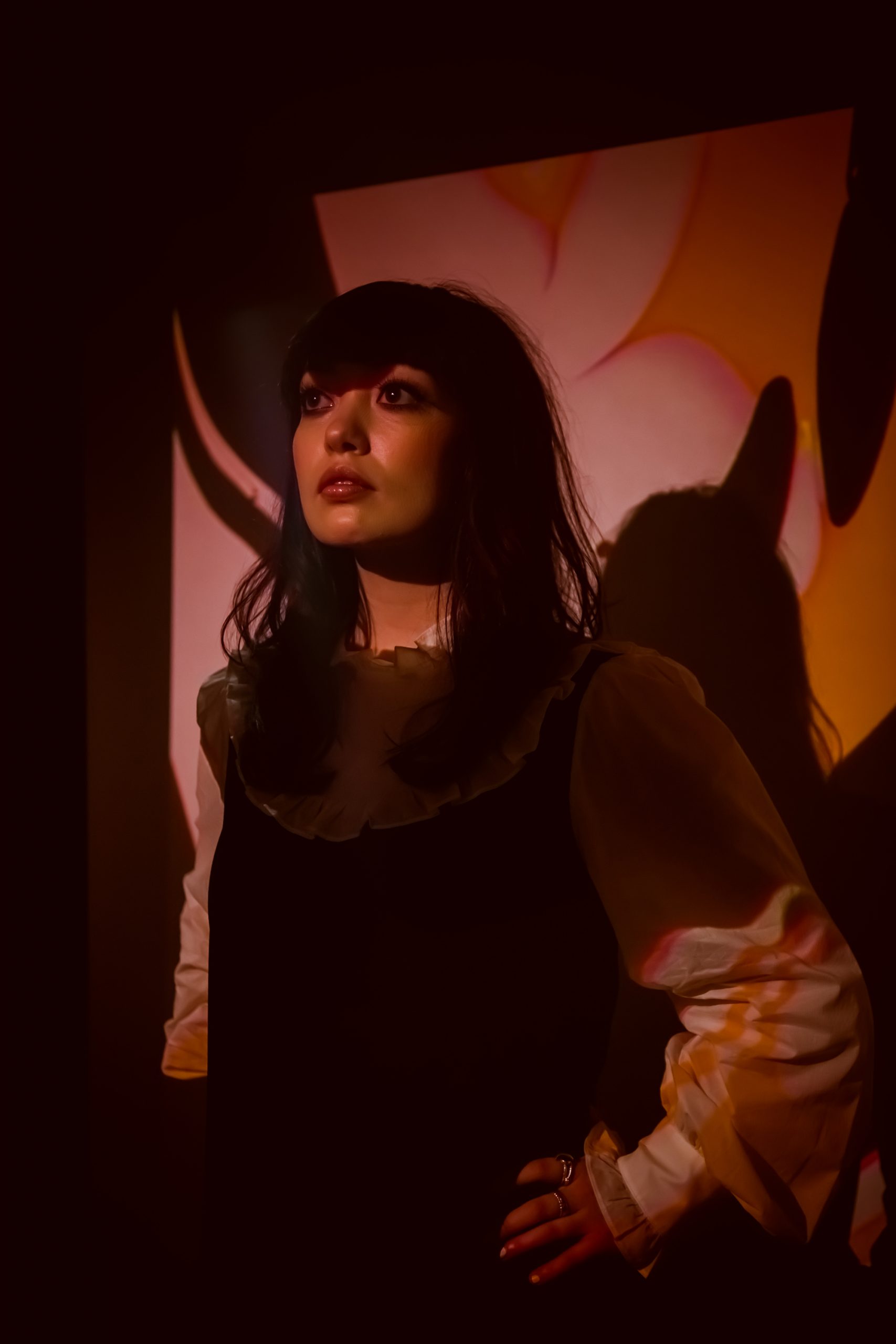 All photos by Gaelle Beri 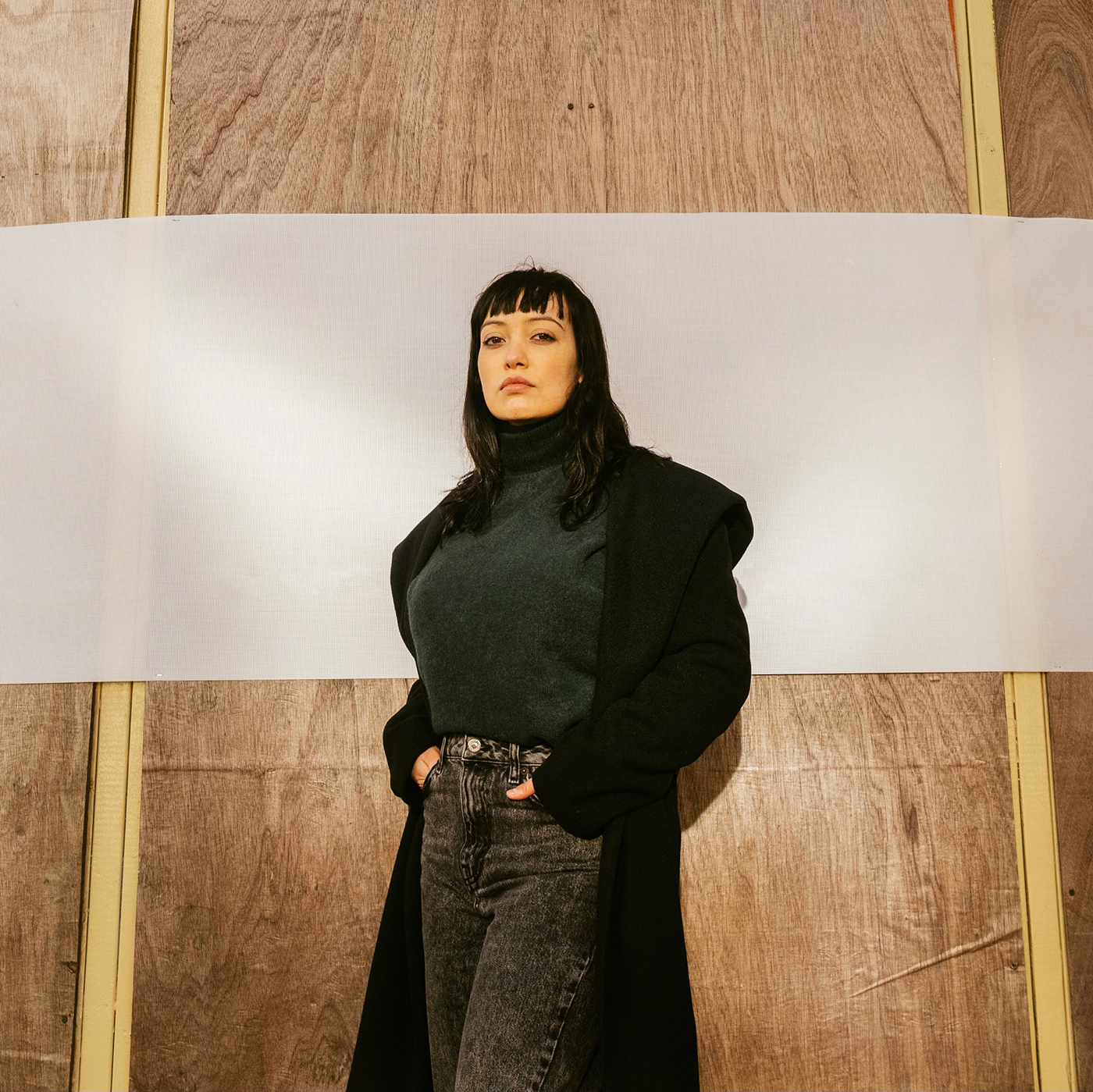 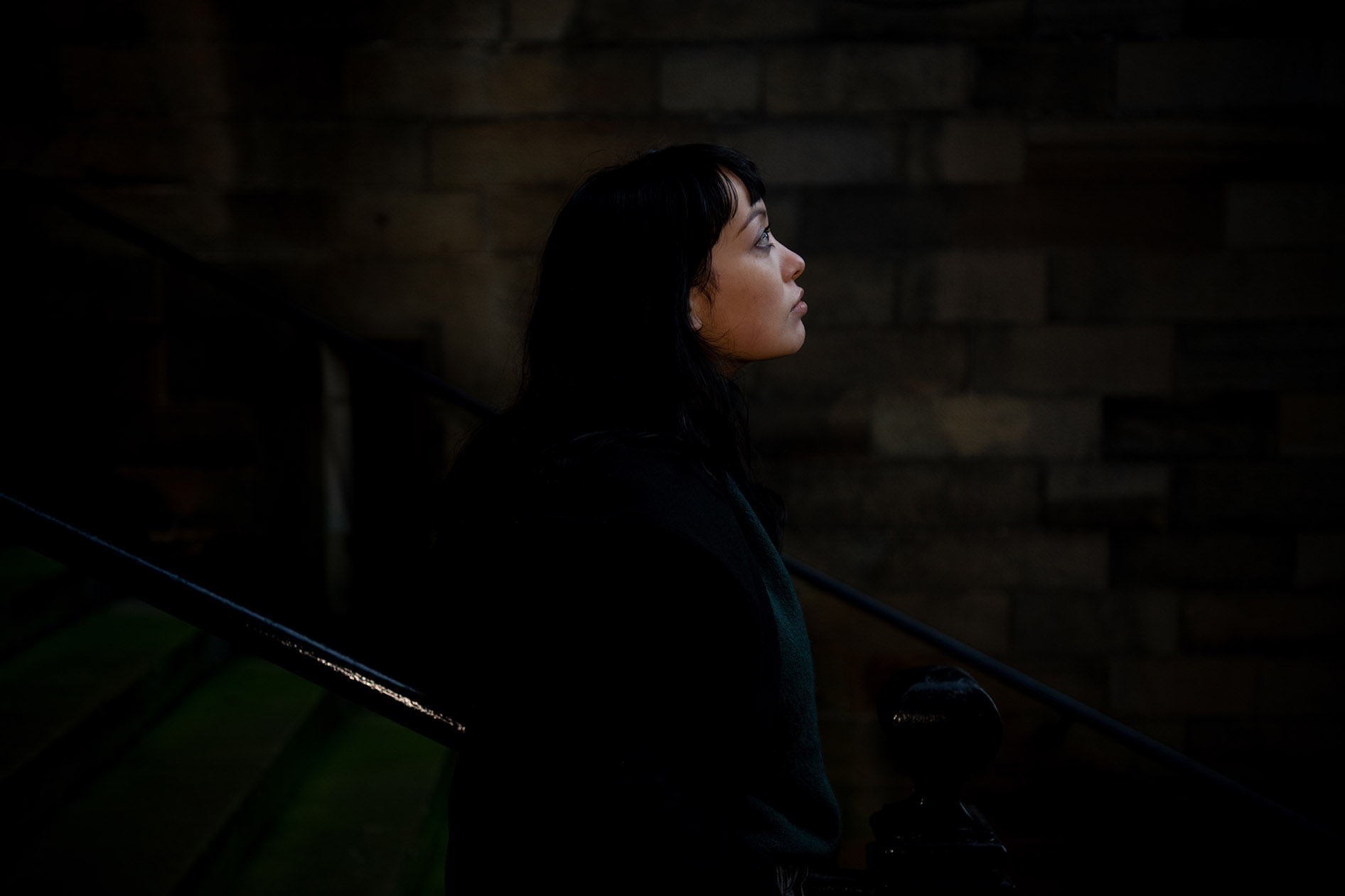 Submit your name and email address to receive news & updates.